U.S. House Approves Defense Bill That Highlights Growing Urgency for the U.S. to Produce More of its Own Critical Minerals 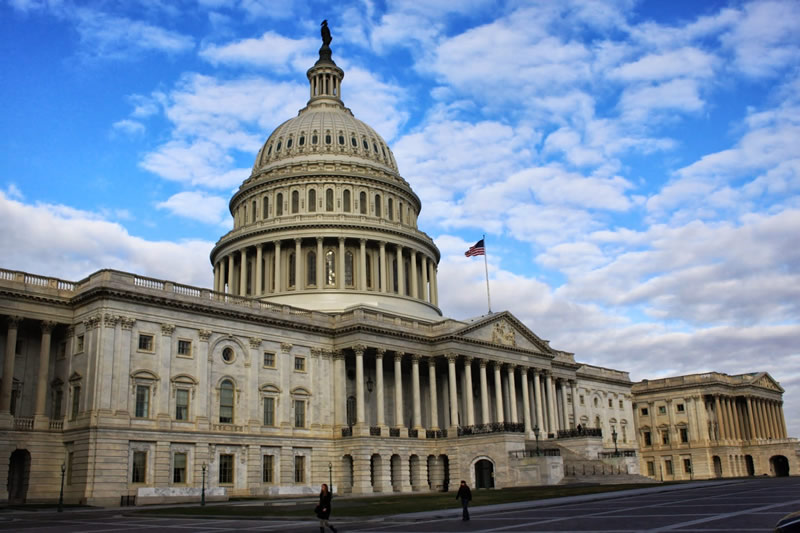 CENTENNIAL, Colo. (July 23, 2020) – NioCorp Developments Ltd. (“NioCorp” or the “Company“) (TSX: NB; OTCQX: NIOBF) applauds the U.S. House of Representatives for including in its Fiscal Year 2021 National Defense Authorization Act (“FY21 NDAA”) legislative provisions aimed at highlighting the growing urgency for the U.S. to produce more of its own critical minerals, including niobium.

The House passed its version of the FY21 NDAA in a 295-125 bipartisan vote on Tuesday.  The bill contains provisions highlighting the need to establish a domestic production capacity of niobium materials, as well as language supporting domestic production capacity of rare earth elements, which includes scandium.  Both niobium and scandium were designated by the U.S. government as “Critical Minerals” in 2018, and NioCorp plans to produce niobium, scandium, and titanium at its Elk Creek Superalloy Materials Project (the “Elk Creek Project”) in Nebraska once project financing is secured and the Elk Creek Project is operational.

“NioCorp is pleased to see the U.S. House adopt this bipartisan call for efforts to strengthen critical minerals supply chains,” said Mark A. Smith, CEO and Executive Chairman of NioCorp.  “In particular, the House bill specifically highlights the need to establish a secure domestic supply chain for niobium oxide.  While our Elk Creek Project does not plan to initially produce high-purity niobium oxide materials, this initiative by Congress does shine a brighter light on the strategic importance of niobium in general.  That is helpful to the Elk Creek Project, given that we intend to be the first to mine and process niobium in the U.S.”

The full U.S. Senate is currently debating its version of the FY21 NDAA, which was passed by the Senate Armed Services Committee in June.  Assuming both bills get approved, they will go to a House-Senate conference committee where differences between the two versions are expected to be resolved.  A final compromise measure is then presented to each chamber for a vote.  A final bill is then sent to the President for his signature or veto.  An NDAA bill has been enacted into law every year for the past 59 years.

“Niobium oxides are important for defense and commercial applications.  Recognizing this, the Department of Interior deemed niobium as one of 35 critical minerals vulnerable to supply chain disruption, the ‘absence of which would have significant consequences for our economy and our national security.’  The U.S. imports niobium from nations subject to political pressures and instability, which creates risk for supply chain disruption.

Section 824—Preference for Sourcing Rare Earth Materials from the National Technology and Industrial Base.  This section would require the Secretary of Defense, to the maximum extent possible, to acquire materials that are determined to be strategic and critical materials required to meet the defense industrial, and essential civilian needs of the United States first from sources located within the United States and then from sources located in the national technology and industrial base, as defined in section 2500 of title 10, United States Code.

Nations included in the National Technology and Industrial Base are the UK, Northern Ireland, Canada, and Australia.

Certain statements contained in this document may constitute forward-looking statements, including statements related to the Company’s belief that the Elk Creek Project will obtain financing and be able to move to commercial operation; that the Congressional NDAA bills are designed to encourage greater domestic production of critical minerals such as niobium and scandium; and that enactment of this legislation will send a strong signal to critical minerals projects in the U.S. that the U.S. Government wants to see viable projects get into production as rapidly as possible.  Readers are cautioned that such forward-looking statements involve known and unknown risks, uncertainties and other factors that may cause a change in such assumptions and the actual outcomes and estimates to be materially different from those estimated or anticipated future results, achievements or position expressed or implied by those forward-looking statements. Risks, uncertainties and other factors that could cause NioCorp’s plans or prospects to change include risks related to the Company’s ability to operate as a going concern; risks related to the Company’s requirement of significant additional capital; changes in demand for and price of commodities (such as fuel and electricity) and currencies; changes in economic valuations of the Project, such as Net Present Value calculations, changes or disruptions in the securities markets; legislative, political or economic developments; the need to obtain permits and comply with laws and regulations and other regulatory requirements; the possibility that actual results of work may differ from projections/expectations or may not realize the perceived potential of NioCorp’s projects; risks of accidents, equipment breakdowns and labor disputes or other unanticipated difficulties or interruptions; the possibility of cost overruns or unanticipated expenses in development programs; operating or technical difficulties in connection with exploration, mining or development activities; the speculative nature of mineral exploration and development, including the risks of diminishing quantities of grades of reserves and resources; and the risks involved in the exploration, development and mining business and the risks set forth in the Company’s filings with Canadian securities regulators at www.sedar.com and the SEC at www.sec.gov. NioCorp disclaims any intention or obligation to update or revise any forward-looking statements whether as a result of new information, future events or otherwise.