Home » About NioCorp » Board of Directors

NioCorp’s Board of Directors is comprised of distinguished and highly experienced leaders from a variety of sectors.  You can see short biographies from all Board members below.  To see information on NioCorp’s management team, go here. 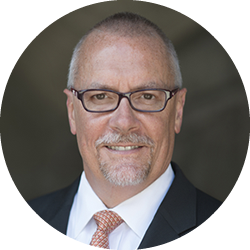 Board Chair, President and CEO

Mr. Smith has over 40 years of experience in operating, developing, and financing mining and strategic materials projects in the Americas and abroad. In September 2013, he was appointed Chief Executive Officer (“CEO”) and a Director of NioCorp. From April 2015 to September 2019, Mr. Smith served as the President and Director for Largo Resources Ltd., a mineral company with an operating property in Brazil and projects in Brazil and Canada. In addition, from April 2015 to October 2018, Mr. Smith also served as the CEO of Largo. Mr. Smith has also served on the board of directors of IBC Advanced Alloys Corp., a leading beryllium and copper advanced alloys company, since May 2016 and as CEO of IBC since July 2020. From October 2008 through December 2012, Mr. Smith served as President, CEO and Director of Molycorp, Inc., a rare earths producer, where he was instrumentally involved in taking it from a private company to a publicly traded company with a producing mine. From November 2011 through May 2015, he served on the board of directors at Avanti Mining, a mining company (TSX-V: AVT; Avanti Mining changed its name to AlloyCorp in early 2015). From December 2012 through September 2013, he served as the Managing Director of KMSmith LLC, a business strategy and finance advisory firm, where he served as a consultant.  Prior to Molycorp, Mr. Smith held numerous engineering, environmental, and legal positions within Unocal Corporation, a former petroleum explorer and marketer, and later served as the President and CEO of Chevron Mining Inc., a coal and metal mining company and wholly owned subsidiary of Chevron Corporation. Mr. Smith also served for over seven years as the shareholder representative of Companhia Brasileira Metalúrgica e Mineração, a private company that currently produces approximately 85% of the world supply of niobium. During his tenure with Chevron Mining, Mr. Smith was responsible for Chevron Mining’s three coal mines, one molybdenum mine, a petroleum coke calcining operation and Molycorp’s Mountain Pass mine. At Unocal, he served as the Vice-President from June 2000 to April 2006, and managed the real estate, remediation, mining and carbon divisions. Mr. Smith is a Registered Professional Engineer and serves as an active member of the State Bars of California and Colorado. He received his Bachelor of Science degree in Agricultural Engineering from Colorado State University in 1981 and his Juris Doctor, cum laude, from Western State University, College of Law, in 1990. 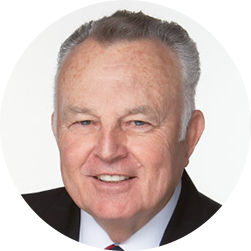 Mr. Beling is a Registered Professional Mining Engineer with 58 years of project and corporate experience. He has served as a director on the boards of 14 mining companies starting in 1981, including NioCorp since 2011. Mr. Beling is the owner of D.C. Beling & Assoc., LLC, which provides strategic advisory, project, and corporate development services to the mining industry. His previous employment and consulting included 14 years with five major mining companies and then 44 years with 30+ U.S. and Canadian junior mining companies. He was the President, CEO, and Director of Bullfrog Gold Corp. from 2011 until October 2020; and the Executive Vice President and COO of Geovic Mining Corp. from 2004 through 2010. Mr. Beling has examined, significantly reviewed, or been directly involved with 90 underground mines, 136 open pit mines, and 174 process plants in the global metal, energy, and industrial mineral sectors. 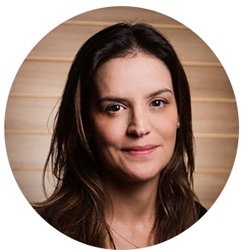 A former senior executive at CBMM, Ms. Fenga currently serves as Senior Vice President of Corporate at Boston Metal, a decarbonization steel company, a position she has held since June 2021.  From December 2017 to June 2021, Ms. Fenga served as a senior advisor to mining companies in Brazil and the U.S.  From June 2017 to December 2017, she was the General Counsel and Chief Compliance Director at Somos Educação, Brazil’s largest basic education company and one of the largest education groups in the world. From 2007 to 2016, Ms. Fenga worked at CBMM, where she served as Corporate Superintendent.  In that position, she managed the company’s legal, compliance, investor relations, public affairs, and corporate risk management departments. She also played an integral role in some of CBMM’s largest commercial transactions. From 1998 to 2007, she was Senior Manager at PricewaterhouseCoopers, a multinational professional services firm, where she advised clients on corporate restructuring, tax planning, transfer pricing, auditing, tax assessment reviews, and Sarbanes-Oxley Act compliance. A Certified Compliance & Ethic Professional – International Exam (CCEP-I), Ms. Fenga is a Brazilian lawyer and received her master’s degree in law at Fundação Getúlio Vargas – FGV and her LLM in Corporate Law at IBMEC.  She also conducted post-graduate studies in tax law at IBET, completed the Harvard Business School’s program for Risk Management for Corporate Leaders, and recently completed the Instituto Brasileiro de Governança Corporativa (IBGC) studies for Board Members. 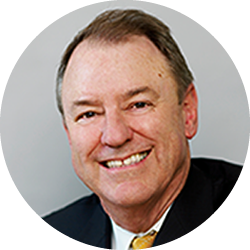 Mr. Morris was formerly the Chairman of the board of directors of Heritage Oaks Bankcorp, the holding company of Heritage Oaks Bank. When Heritage Oaks Bank merged with Pacific Premier Bancorp on April 1, 2017, Mr. Morris became a member of the Pacific Premier Bancorp’s board of directors, a position he held until May 31, 2020. He joined Heritage Oaks’ board of directors in January 2001 and assumed the board’s chairmanship in 2007. In addition, Mr. Morris has worked since 1972 at Andre, Morris & Buttery, a professional law corporation, where he serves as Senior Principal and has served as Chairman of the board since 2005. From 2000 to late 2006, Mr. Morris served on the board of Molycorp, a rare earths producer, which at the time was a wholly owned subsidiary of Unocal and then Chevron Mining. Mr. Morris was the only independent director of Molycorp at that time. Mr. Morris is a graduate of Georgetown University and received his law degree from the University of San Francisco School of Law. He has practiced business and environmental law for over 40 years. Mr. Morris served as a member of the Board of Governors and Vice President of the State Bar of California. He served as a 1st Lieutenant in the U.S. Army from 1970 to 1972. 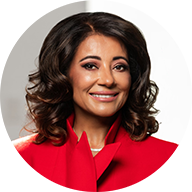 A former CFO and Controller for global corporations in the technology, energy, and government sectors, Ms. Guerrero-Mahon provides consulting services to domestic and international corporations as the principal at NG Mahon Business Consulting, LLC. In addition, Ms. Guerrero-Mahon was appointed to the Board of FinGoal Inc. in April 2022, a finance technology company building artificial intelligence tools for the financial services industry and other financial technology developers.  She also serves on the Board of the State of Colorado Division of Securities. From 2016 to August 2019, she served on the board of directors of Centura Health Mountains & North Denver Operating Group, the largest division in the Centura Health Care System. From 2014 to 2016, she served as the Vice Chair of the board of directors and Chaired the Strategy Committee at St. Anthony Hospital.  From 2009 to 2017, Ms. Guerrero-Mahon served as a gubernatorial appointed Board Member of the State of Colorado Financial Services Commission. Among other prior positions, from 2004 to 2007, she was the Global Services Controller at Microsoft Corporation, overseeing internal controls and corporate finance activities.

Ms. Guerrero-Mahon stays current with the latest Corporate Governance practices and the integration of ESG into the strategy. She is an NACD Board Leadership Fellow, a member of the SASB Alliance, holds a CERT Certificate in Cybersecurity Oversight from the Carnegie Mellon University and is currently enrolled in the Climate Leadership Certification program with Diligent Corporation.  Ms. Guerrero-Mahon received an Executive MBA from the Daniels College of Business at the University of Denver, a BS in Business Administration – Accounting from the Interamerican University in San Juan, Puerto Rico, and an AS in Computer Science from the EDP School of Computer Programming in San Juan, Puerto Rico.  She is a Certified Public Accountant registered in the State of Colorado. 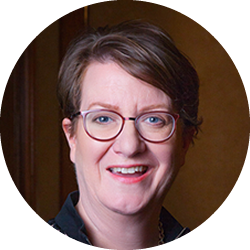 A sixth generation Nebraskan and a graduate of Nebraska Wesleyan University, Ms. Wightman serves as a Senior Director of Government Relations for First National Bank of Omaha, Nebraska, a position she has held since 2000. Prior to that, she worked for the Greater Omaha Chamber of Commerce and served in the U.S. Congress for former Congressman Bill Barrett and former Congresswoman Virginia Smith, both of whom represented the 3rd Congressional District of Nebraska. Ms. Wightman serves on the board of directors for the Nebraska Chamber of Commerce, Rose Theater for Performing Arts, and Joslyn Castle. 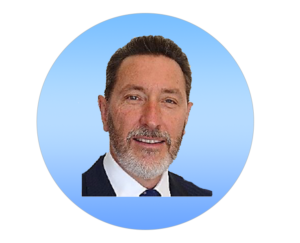 With a background in chemistry, Mr. Oliver began working at Greenbushes, Western Australia, for Sons of Gwalia, a mining company, in May 2003. After Sons of Gwalia went into administration in 2004, Mr. Oliver was hired by Talison Lithium Limited, a mining company, where he served as General Manager of Talison’s Greenbushes and Wodgina Mines and as Talison’s Chief Operating Officer, until Mr. Oliver was appointed as the CEO/Managing director. As Talison’s CEO/Managing director, Mr. Oliver led the listing of Talison on the Australian Stock Exchange in September 2010.  Mr. Oliver guided Talison through its acquisition in 2013 by Tianqi Lithium Corporation. He then served as a corporate adviser to Tianqi, focusing on M&A opportunities and global expansion, including advising on the sale of 49% of Talison to Albermarle Corp. and the acquisition of 24% of Sociedad Quimica y Minera de Chile S.A., as well as significant expansions of Talison’s Greenbushes lithium concentrate production. Mr. Oliver also was a founding member of Tianqi Lithium Energy Australia Pty Ltd, a wholly owned subsidiary of Tianqi, which was established to build a major Lithium Hydroxide manufacturing facility in Western Australia.  Until June 2021, Mr. Oliver remained as a director of Talison, a joint venture between Tianqi and Albemarle Corp.  In September 2022, Mr. Oliver was appointed to the Board of Latin Resources, a lithium exploration company in Australia.