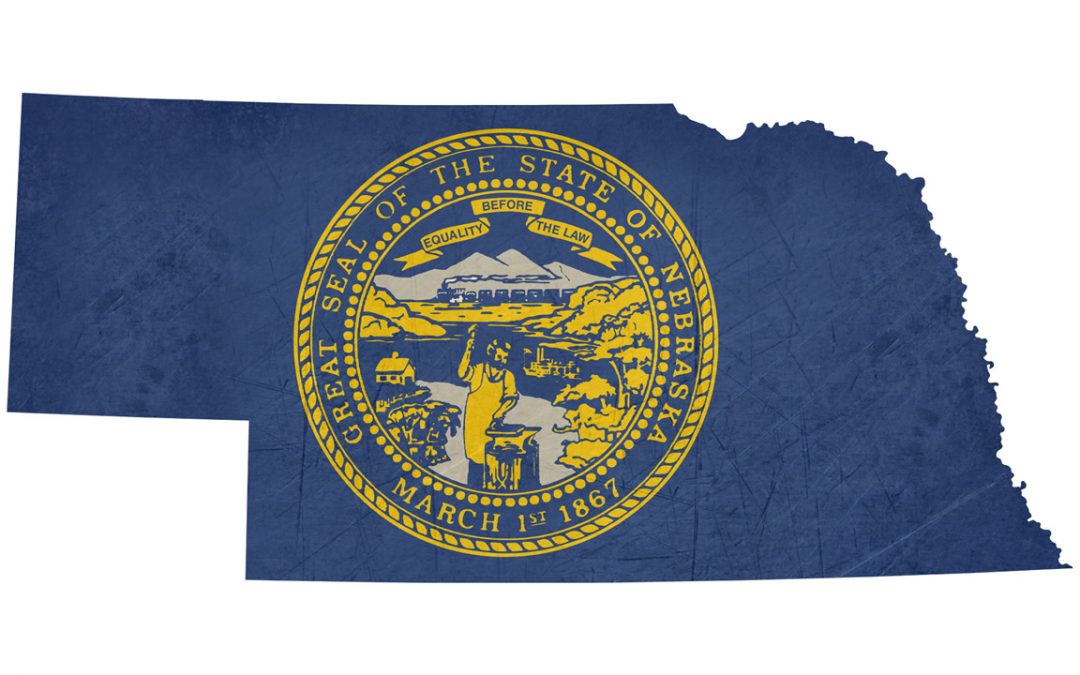 In Addition to Creating an Estimated 436 Permanent Jobs and Injecting $7.76 Billion Over 3+ Decades into the Economy, NioCorp’s Project Also Expects to Generate Hundreds of Millions of Dollars in New Revenue to State and Local Nebraska Government

An Additional 1,000 Jobs may be Created Because of the Project’s Economic Multiplier Effect, According to a Model Devised by the U.S. Commerce Department’s Bureau of Economic Analysis

CENTENNIAL, Colo. (October 8, 2019) – NioCorp Developments Ltd. (“NioCorp” or the “Company”) (TSX:NB; OTCQX:NIOBF) is pleased to announce that it has signed contracts with the State of Nebraska under the existing Nebraska Advantage program to reduce the Company’s state and local tax liability by as much as $200 million over 10 years conditional upon NioCorp meeting the program’s job creation and investment requirements at its Elk Creek Critical Minerals Project site (the “Project”) in Nebraska. 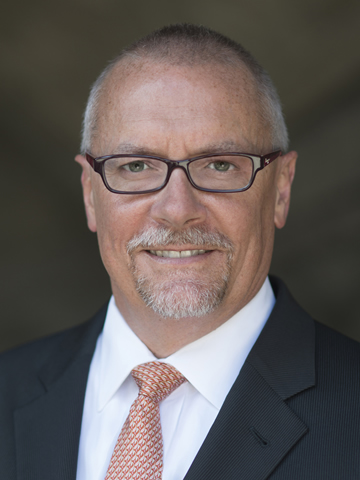 “We are very pleased to have executed contracts with the State of Nebraska under the Nebraska Advantage Act for these tax incentives,” said Mark A. Smith, NioCorp’s CEO and Executive Chairman.  “With the potential to reduce tax liabilities over the first 10 years of operations for our new manufacturing facilities, these provisions help incentivize companies like NioCorp to site manufacturing operations and create new, high-wage jobs in Nebraska, which the Elk Creek Superalloy Materials Project proposes to do in rural southeast Nebraska.”

“The expected return on this investment to Nebraska taxpayers and state and local government is significant, since the Elk Creek Project is estimated to create hundreds of high-wage jobs in Nebraska that will span three-plus decades and is expected to inject billions of dollars into Nebraska’s economy over that period of time,” Mr. Smith added.  “That underscores why state incentive programs such as Nebraska Advantage can be a win-win for industry and for states seeking greater investment in new manufacturing operations.” 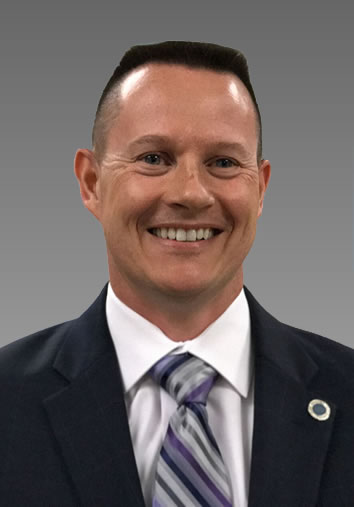 Scott Honan, President of the Elk Creek Resources Corp., said:  “Over the projected 36-year operational life of the Elk Creek Project, hundreds of millions of dollars of cumulative new revenue to state and local Nebraska governments are expected to be generated as a result of the Project.  We are excited to see the many beneficial outcomes to Nebraska once this Project advances to full-scale commercial operation.”

The value of the Nebraska tax incentives is assumed in the Company’s April 2019 Feasibility Study (“FS”) for the Elk Creek Project.

In order to qualify for the incentives, NioCorp must first meet and verify to the state that certain job creation and investment milestones have been met, including the following:

NioCorp’s Elk Creek Project is expected to far exceed these requirements, as detailed below:[1]

The above estimates are based on NioCorp’s April 2019 Elk Creek Feasibility Study FS or are derived from analyses conducted as part of the FS.  They are based upon static 2019 dollars and do not assume factors such as cost and wage inflation, potential project and/or production expansion, or any other dynamic economic adjustments over the life of the Project.

In addition to the direct jobs that NioCorp expects to create through construction and operation of the Elk Creek Facility, a model developed by the U.S. Department of Commerce’s Bureau of Economic Analysis (“BEA”) projects the creation of approximately 1,000 additional jobs throughout the economy as a result of the increased economic activity generated by the Project.  For every new job created by metal mining projects in the U.S, the BEA’s model projects that an average of 2.3 additional jobs will be created.

Nebraska Advantage Program Incentivizes Manufacturing to be Sited in Nebraska 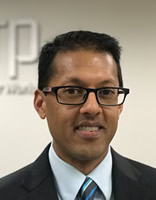 NioCorp Chief Financial Officer, Neal Shah, noted that programs such as Nebraska Advantage provide compelling incentives for companies such as NioCorp to site new manufacturing facilities in Nebraska instead of in other states.

“Mining of the Elk Creek ore body must be conducted where the ore is situated,” Mr. Shah noted.  “While industrial logic often encourages companies to co-locate ore processing and manufacturing operations with mining operations, the processing and manufacturing operations for ore mined at the Elk Creek deposit can be done elsewhere. As a result, we had a business obligation to examine multiple options when designing the Project.  In the end, the tax provisions of the Nebraska Advantage program are a powerful incentive to locate all of the Project’s operations in Nebraska, and we are excited with that outcome.”

[1] The economic data and projections cited in this table are contained in NioCorp’s April 2019 Elk Creek FS or are derived from analyses conducted as part of the FS, which was prepared in accordance with National Instrument 43-101 (“NI 43-101“) and is available for download at sedar.com and on www.niocorp.com

About NioCorp
NioCorp is developing a superalloy materials project in Southeast Nebraska that will produce niobium, scandium, and titanium. Niobium is used to produce superalloys as well as High Strength, Low Alloy (“HSLA”) steel, which is a lighter, stronger steel used in automotive, structural, and pipeline applications.  Scandium can be combined with Aluminum to make super-high-performance alloys with increased strength and improved corrosion resistance.  Scandium also is a critical component of advanced solid oxide fuel cells.  Titanium is used in various superalloys and has extensive uses in aerospace, defense, transportation, medical, and other applications. It also is a key component of pigments used in paper, paint and plastics.

Cautionary Statements
Certain statements contained in this document may constitute forward-looking statements, including statements regarding the results of the Elk Creek Project Feasibility Study; the Project’s operating and economic performance; including the 36 year operational life; economic impacts of the Project, including expected injection of billions of dollars into the Nebraska economy and hundreds of millions in new revenue to state and local Nebraska governments; expected employment associated with the Project; the receipt of up to $200 million in tax incentives upon satisfaction of certain job creation and investment requirements; and estimates of expenditures, payroll costs, tax liability, and royalty payments. Readers are cautioned that such forward-looking statements involve known and unknown risks, uncertainties and other factors that may cause a change in such assumptions and the actual outcomes and estimates to be materially different from those estimated or anticipated future results, achievements or position expressed or implied by those forward-looking statements. Risks, uncertainties and other factors that could cause NioCorp’s plans or prospects to change include risks related to the Company’s ability to operate as a going concern; risks related to the Company’s requirement of significant additional capital; changes in demand for and price of commodities (such as fuel and electricity) and currencies; changes in economic valuations of the Project, such as Net Present Value calculations, changes or disruptions in the securities markets; legislative, political or economic developments; the need to obtain permits and comply with laws and regulations and other regulatory requirements; the possibility that actual results of work may differ from projections/expectations or may not realize the perceived potential of NioCorp’s projects; risks of accidents, equipment breakdowns and labor disputes or other unanticipated difficulties or interruptions; the possibility of cost overruns or unanticipated expenses in development programs; operating or technical difficulties in connection with exploration, mining or development activities; the speculative nature of mineral exploration and development, including the risks of diminishing quantities of grades of reserves and resources; and the risks involved in the exploration, development and mining business and the risks set forth in the Company’s filings with Canadian securities regulators at www.sedar.com and the SEC at www.sec.gov. NioCorp disclaims any intention or obligation to update or revise any forward-looking statements whether as a result of new information, future events or otherwise, except as required by law.